The Importance of Science in STEM Education

01 Jun The Importance of Science in STEM Education 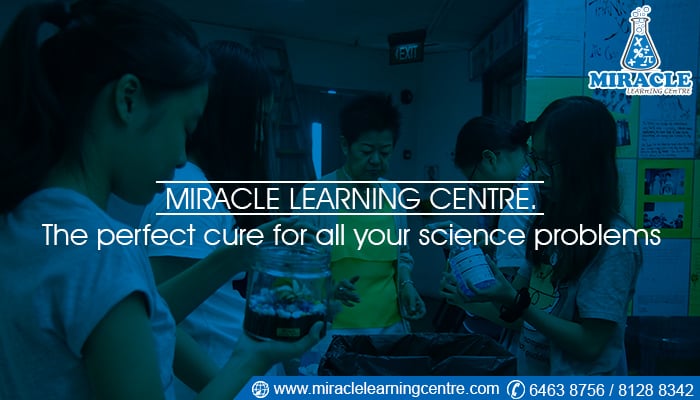 For a long time, STEM subjects were considered elitist and reserved for a few. However, the turn of the millennium has brought a surge of interest in STEM subjects. STEM stands for science, technology, engineering, and mathematics. The renewed focus on these areas has opened great opportunities for all people despite race, ethnicity, gender, creed, or color. The current world’s society evolves fast and critical thinkers are now on-demand which makes science tuition important even from a young age.

Studying science prepares one to be a critical thinker, guided by empirical and provable researches. Exposing young minds to the scientific world enables them to develop critical thinking skills at an early age. Wondering how? Science surrounds us, from the air we are breathing, the clothes we are wearing, up to the gadgets/media you are using to read this text. All these are either part of natural science or a product of scientific study into objects, matter, and time. Science is broad and everywhere to the extent that we harmoniously coexist with its principles unconsciously.

Technology makes it possible for quick connection and communication with many people in the world using different gadgetry, waves, and codes which transcend from earth to space and ocean. All that has its roots in science. Engineering allows us to build physical things, some basic like homes and schools, it is also expressed in marvelous architecture like bridges, high rise buildings which withstand seen and unseen forces, rooted once again in a deep understanding of science. The harmony that exists amongst the STEM subjects compels to science tuition. Each of the subjects traces its origins in the understanding or study of the natural world based on facts learned through experiments and interpretations, which is the basic definition of science.

Students’ early exposure to scientific theories and concepts brews a passion to find more solutions to real-life situations. Science education has real-life situations to help the student learn and prepare for the fast-changing world. Trends show that knowledge and experience in a scientific field are favorable for leadership positions that require fast critical thinking and high-pressure jobs. Science knowledge has successfully broken long-standing gender ceilings in many countries proving that it is important to everyone. Many countries have taken initiatives to align, develop, and or adopt curricula that focus on science, technology, engineering, and mathematics from early school years.

Today, scientific knowledge has been used to either prove or disprove the existence of various deities in the religious world. The study of science in its various branches has been the power that separates the human species from other known living species. It has also enabled humans to continually dominate and expand their horizons from the primitive caveman to the current modern society setup that we all enjoy. Animals, on the other hand, have gone extinct and others remain the same as they were in earlier days. Humans can question, observe, and rationalize the natural surroundings that have enabled them to survive through the various world apocalyptic changes to date. Such knowledge and experience should be cultivated early in students to foster more innovative ideas to further expand and develop in the scientific filed.

Historically, pandemics and various plagues have threatened to wipe out the human population but the discovery of various medicines through scientific research has helped stop human extinction. Developments in the medical field have lengthened life expectancy in many countries, immunized against child killer diseases, corrected limbs, and deformed muscles, transplanted human organs from one cadaver to a live person etc. Without science tuition for this current generation, we might lose a great repository of knowledge. It is, therefore, the core of our very existence and the key to unlocking the hidden secrets of our world!