Learn the causes of global warming through our science tuition 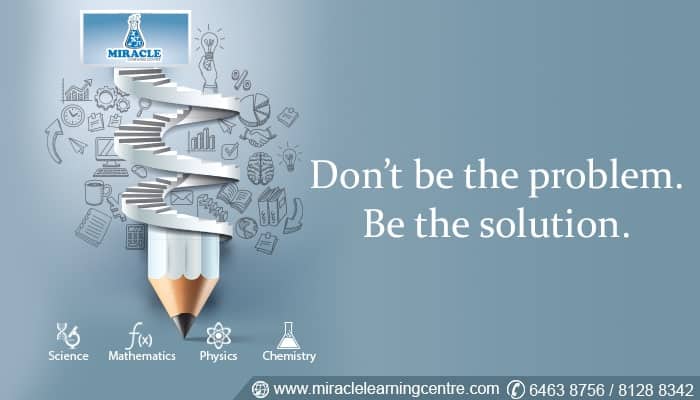 Posted at 01:20h in Science Tuition by admin
0 Likes
Share

Global warming can be described as the ongoing rise of the average temperature of the Earth’s climate system. This rise can be demonstrated by direct temperature measurements over a certain prolonged period (20 years, 50 years, etc.). It is a major part of climate change which, in addition to rising global surface temperatures, also looks at its effects such as changes in amounts of rainfall and the shifts in season cycles. Science tuition is trying to shed more light into what is causing global warming and finding lasting solutions to this potential environmental hazard.

Global warming occurs when greenhouse gases, carbon dioxide, and other air contaminants accumulate in the earth’s atmosphere and absorb sunlight and solar radiation that have bounced off the earth’s surface. Under normal circumstances, this radiation would escape into space but these pollutants, which can last for years to centuries in the earth’s atmosphere, trap the heat and cause the planet to get warmer. This is what’s known as the greenhouse effect.

Scientists and experts in the field cite that the earth’s surface temperatures are rising by about 0.2 Degrees Celsius per decade. Over the last 50 years, the average global temperature has increased at the fastest rate in recorded history and, according to NASA, 15 of the 16 hottest years in their record books have occurred since the year 2000. Science tuition and research have long since proven that global warming is indeed taking place despite numerous conspiracy theories to the contrary.

The burning of fossil fuels to generate electricity is said to be the largest source of heat-trapping pollutants. Coal-burning power plants are the biggest polluters. Exhaust fumes from cars also generate large amounts of carbon dioxide. Resultantly, this is the reason why there has been calls to move to cleaner and sustainable forms of energy like solar power. In the car industry, manufacturers like Tesla have made huge strides in providing electric cars which produce no pollutants.

Scientists agree that the earth’s rising temperatures are causing extreme weather conditions around the world. These include higher drought frequencies, longer and hotter heat waves, heavier isolated rainfall, and more powerful hurricanes. Antarctica, which is located in the South Pole is said to be losing close to 134 billion metric tons of ice per year since 2002, leading to rising sea levels. This poses a huge danger for low lying areas as it may lead to frequent flooding or loss of land to seas and oceans.

Efforts to Curb the Phenomenon

The United Nations, through the Intergovernmental Panel on Climate Change (IPCC) and SDG 13 (Climate Action) is urging countries to take responsibility and cooperate in finding sustainable, long-lasting solutions. The historic Paris Agreement provided an opportunity for countries to strengthen the global response to the threat of global warming and climate change as a whole. Under this agreement, each country ought to plan, regulate, and frequently report on the contribution that it actions to reduce global warming.

The Paris Agreement’s long-term goal is to keep the increase in global average temperature to below 2 °C. The United Nations further notes that the adverse effects of global warming are now affecting every country on every continent. It is unsettling national economies and affecting lives, costing people, communities, and countries. Third world countries, especially in Africa, South America, and parts of Asia, are the most affected. Their agro-based economies are suffering as they have experienced lowering yields over the years. This also affects the world’s ability to produce and have enough food for everyone. As such, the risk of hunger is at its highest.

To delay and possibly stop the effects of global warming, each country must actively reduce the carbon footprint. This can be done by using cleaner sources of energy, providing reliable public transportation (hence reducing privately owned cars), and reducing water wastage. These actions start at an individual level and their effectiveness rests on everyone acknowledging that global warming is indeed affecting the planet.

Email us to if you have any questions related to our science tuition courses: miraclelearning@gmail.com