Posted at 13:09h in Chemistry Tuition by admin
0 Likes
Share

Chemistry is an excellent subject which gives us the knowledge about matters. It has a lot of fun in it and should be comprehended to learn efficiently. Students often find this subject to be really complex and try to run away from it, but Chemistry provides the pathway for various future career options and avoiding it will create a shallow.

Atomic Structure is an important topic of Chemistry and here is a simplified version of it from our expert teachers.

The smallest unit of matter, an atom retains all the chemical properties of an element. An atom is composed of two particles: An outer circle which comprises of electrons and the center of the atom which is called nucleus. The nucleus consists of protons and neutrons. The electron which is negatively charged (-1) equalizes the protons which are positively charged (+1). Neutrons are uncharged particles and found within the nucleus. 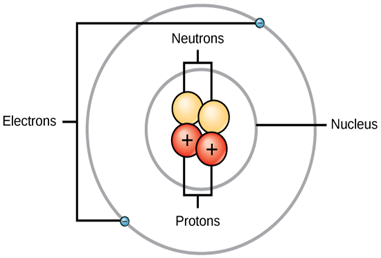 Atoms combine to form molecules which in turn react to form solids, gases or liquids. Based on the arrangement and number of particles, atoms have different properties.

For instance, the Hydrogen atom consists of one proton and electron each. It has zero neutrons. This can be calculated using the atomic number and mass number of the element.

The count of protons in an element determines its atomic number. The number of neutrons inside an atom can vary in order to produce isotopes. Isotopes are atoms inhibiting different number of neutrons. Elements like hydrogen and chlorine exists as isotopes. Isotopes are atoms of the same element with the same number of protons but different number of neutrons. The number of neutrons is obtained by taking the mass number minus the atomic number. Ions on the other hand are made of electrons. The number of electrons can vary to produce ions. The physical and chemical properties of isotopes remain the same even though the mass of individual isotopes may differ. The sum of protons and neutrons produce a mass number of an element. Most of the volume of an atom is empty space depending on the sizes of protons, neutrons and electrons. Being negatively charged, electrons cause atoms to repel one another stopping them from taking up the same space. These forces tend to protect an individual from falling through an object like the chair.

The calculation of atomic mass is conducted by adding the mean of mass numbers for its naturally- occurring isotopes. Often, the calculated atomic mass contains a decimal.