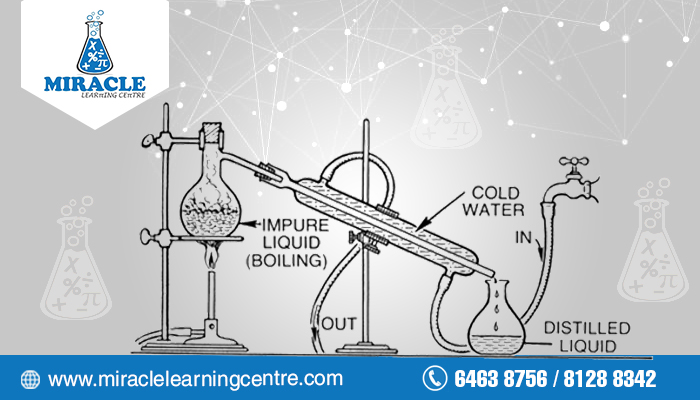 Posted at 05:08h in Chemistry Tuition by admin
0 Likes
Share

Separation techniques are methods that can be used to separate mixtures into its constituent elements and/or compounds. A mixture contains elements and/or compound which are not chemically combined together. These techniques or methods are crucial to help remove unwanted particle and obtain important and pure substances for domestic purpose, industrial purposes and research work. Many of these processes are very complicated and involved high levels of dangerous chemical or high temperature and are carefully carried out in many important industries in the world today. By separation, we would be able to find out the properties of the known/unknown substances and depending on the mixtures, we would be able to put the substances into good use.

There are many different kind of separation techniques. Firstly, there is filtration where it separates solids or groups of solid from liquid in mixture using a filter medium that allows the liquid to pass through but retain the solid particles. Either the clarified liquid or the sold particles removed would be the desired outcome. In some cases like the production of chemicals, both the liquid filtrate and solid filtrate are recovered. One known example when it comes to filtration would be our water treatment plant that helps to purify water for cities.  There are currently 5 NEWater plants in Singapore that helps to supply up to 40% of our water needs.

Thirdly, there is distillation that is a widely used method for separating components or substances from liquid mixture by utilizing their different boiling points and condensation. This method can also be used to separate gases by liquefying components using changes in temperature and/or pressure. There are different type of distillation like simple distillation, steam distillation, fractional distillation and vacuum distillation. The most commonly known would be the simple distillation where we make use of the different boiling points of the two liquid and heat the mixture to change the most volatile component from liquid to vapor. It will then rise and passes through the condenser where it will touch the cool surface and condense back into liquid. The liquid will then be collected for the end result. In general, distillation is important as it is necessary for many commercial purposes like the production of gasoline, distilled water, xylene, alcohol, paraffin, kerosene and many other liquid that is needed in our daily life.

Lastly, there is crystallization or precipitation whereby solid crystals are formed from another phase. During this process, atoms and molecules bind together with well-defined angles to form a characteristic crystal shape with smooth surfaces and facets. This process is important as it is integrated into every aspect of our lives from the food we eat to the medicines we take to the fuels we use to power our communities.

In conclusion, in every technique used to separate mixture there is a change. One must know how to classify and spate mixtures to remove unwanted particles, to obtain pure and important substances.