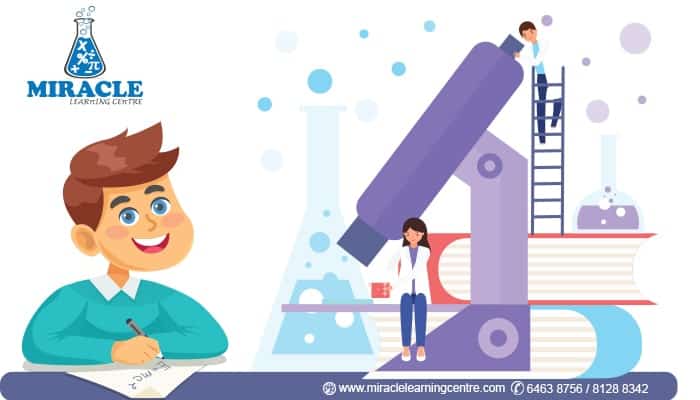 Posted at 01:09h in Chemistry Tuition by admin
0 Likes
Share

The Science of Atoms

The world is in the shape it is because of the Big bang theory. The theory is the basic scientific explanation of the origins of the Earth and also an integral concept in chemistry tuition. The Universe is made up of matter. The atomic theory helps us to understand the basic building blocks that are the constituents of matter, and the vast universe at large. John Dalton proposed the theory that is now known as the modern atomic theory in 1808. The theory has been a part of Chemistry tuition for a very long time.

The theory states that the smallest part of an element is a minute particle called an atom. This a very small unit such that it would take a millions of atoms to make a centimeter. The minuteness of the atom made people initially believe that the atom was indivisible hence the name atom is a corruption of a Greek word which means that ‘it cannot be further divided’. Further research later showed that there were smaller particles in a region called the nucleus, inside the atom. These became known as protons, neutrons, and electrons and are referred to as subatomic particles.

Electrons are the lightest and have a negative charge. Protons and Neutrons are heavier but protons are positively charged whereas the neutrons are neutral. These subatomic particles are located inside the atomic region called the nucleus. The electrons are, however, in constant motion around the atomic nucleus following paths known as orbitals. Orbitals are defined as a region around the nucleus where the probability of finding an electron is 95% or higher. The Dalton modern Atomic theory assumes that the weight of the electron is negligible.

The protons and neutrons are the subatomic particles that contribute to atomic mass. The theory states that atoms of the same element are entirely identical and weigh the same. All hydrogen atoms have 1 proton, this is the same for all other elements. The number of protons is very important in chemistry, and it is referred to as the atomic number. The number of protons and neutrons is usually equal but, in some instances, the numbers differ as we will find out. Atoms from the same element also have the same electronic charge which is neutral. The neutrality is a result of the equal number of electrons and protons which have opposite, but equal, charges.

Atoms from different elements are not identical. They are different regarding size and atomic weight. Some atoms weigh more and are relatively larger than other atoms. The theory also highlighted that atoms can interact and bond to form compounds. Atoms interact to form chemical compounds either individually or as molecules. This is the reason why we have millions of diverse chemicals with different characteristics.

The bonding process is complex and very specific. Electrons are an integral part of the bonding process. The electrons that can enter into chemical combinations are those that revolve in the valence (outermost) shell. These valence electrons are the ones that an atom can share when it combines with another atom to form a chemical compound. Chemical compounds behave differently in terms of chemical reactions compared to their constituent elements.

The atomic number is the number of protons in an atom and, in most cases, the number of protons is equal to the number neutrons. Atoms that do not conform to this are called isotopes. Isotopes are atoms of the same chemical element with protons that are as many as electrons but different numbers of neutrons. This difference in the number of nuclear neutrons means they have different masses. Hydrogen isotopes are examples of isotopes, Deuterium has one more neutron than the isotope termed Protium. Deuterium weighs twice as much as the Protium atom due to the extra neutron. These are the isotopes that are described as radioactive simply meaning they are unstable and their nucleus can divide spontaneously.