Important Physics Concepts which you should know 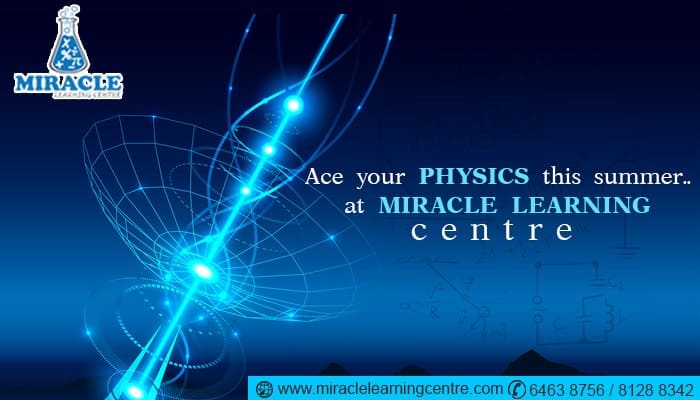 28 Jul Important Physics Concepts which you should know

Posted at 11:44h in Physics Tuition by admin
0 Likes
Share

The study of the world around us and beyond is known as physics. It is related to our everyday lives, there are several fundamental concepts about which everyone must be well aware to not just be smart, but also to develop a deeper level of understanding towards the subject.

The laws of motion

You are highly likely to have heard about Newton’s Laws of Motion in your physics tuition classes or at some point in your life. You may be completely familiar with the classic tale of Isaac Newton and the apple tree! There is a total set of three laws of motion for Newton, which together form the foundation for classical mechanics.

The first law – An object at rest stays at rest and an object in motion stays in motion with the same speed in the same direction, unless acted upon by an unbalanced force.

The second law – The force acting on an object is equal to mass times its acceleration (F=ma).

The third law – For every action, there is an equal and opposite reaction.

The attraction between particles that are created by electricity is known as electromagnetism. Objects such as a magnet have electrons which exert force on other charged particles, which explains why a paper clip will get attracted by a magnet but not a piece of paper. The force carried by the electromagnetic field is actually carried by protons that are particles that act like waves.

The theory of relativity

The study of the relationship between energy, heat, and mechanical work is known as thermodynamics. What we know as “temperature” actually refers to the atomic movement. The atoms would vibrate and rapidly move when you are boiling water and when you put your hand near the boiled water, the vibration that will carry energy, gets transferred to your skin making you feel warm.

This is just the tip of the iceberg, Physics is an ocean and you will learn a lot of things in your classes. For any help regarding physics, you can opt for physics tuitions in Singapore like Miracle Learning Centre.