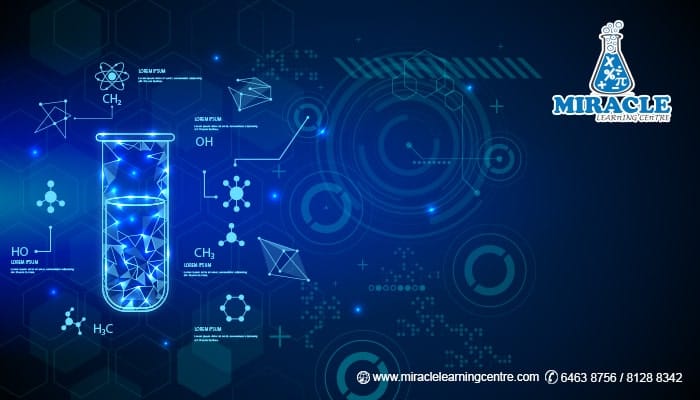 Posted at 07:07h in Chemistry Tuition by admin
0 Likes
Share

Nuclear chemistry is a sub-category of chemistry focusing on radioactivity, nuclear processes, and transformations in the nuclei of atoms. Nuclear chemistry looks at the physical and chemical properties of elements and how they are influenced by changes in the structure of the atomic nucleus. Modern nuclear chemistry, through chemistry tuition, has become widespread and popular in its applications, ranging from the study of the formation of the elements in the universe to the formulation of radioactive drugs for diagnostic medicine. Nuclear chemistry can be further divided into two studies: radiochemistry and radiation chemistry.

Radiochemistry is the study of radioactive isotopes and how they affect chemical reactions of non-radioactive isotopes. It deals with chemical radioactivity and radiation. Nuclear radiation has even gained prominence in mainstream media. It has been the subject of many movies, cartoons, and TV shows. Some popular superhero characters gained their power through exposure to radiation, including Spider-Man and the Incredible Hulk.

This is the study of the chemical effects of radiation on matter; it is very different from radiochemistry as no radioactivity has to be present in the material which is being changed chemically by the radiation. An example is the conversion of water into hydrogen peroxide and hydrogen gas.

Many people are aware of nuclear bombs and nuclear power plants, but nuclear chemistry goes beyon

d that. It also has applications ranging from smoke detectors to medicine, from the sterilization of food to the analysis of ancient artifacts (radio-carbon dating). Through advanced chemistry tuition , we can have a better understanding of how nuclear chemistry can be used in other areas of our daily lives.

The newest and most profound area in which nuclear chemistry plays an important role is in the field of nuclear medicine. Nuclear medicine is a rapidly expanding branch of health care that uses short-lived radioactive isotopes to identify illnesses and to treat specific diseases. Nuclear chemists manufacture drugs using by-products from a nuclear reaction. These drugs that are injected into the patient will then seek out specific organs or cancerous tumors.

Diagnosis involves the use of the radioactive drug to generate an image of the tumor or organ to identify problems that may be missed by x-rays or physical examinations. Treatment involves using highly-controlled doses of radioactive compounds to destroy cancerous tumors. These nuclear medicine techniques hold considerable promise for the future. They use biological chemistry to specifically target cells much more precisely than traditional radiation therapy which uses radiation from external sources to kill affected cells, but also killing unaffected cells.

Nuclear chemistry also looks at how we can positively harness the power of nuclear reactions for a cleaner and sustainable source of electricity. In a nuclear reactor, uranium is split (nuclear fission). The energy created when the uranium atom is split heats water to spin turbines. The spinning of the turbines produces electricity much like the turbines on windmills. If handled responsibly and carefully, nuclear energy is cleaner and more sustainable than other current forms of energy. At a time when the world is dealing with global warming, there is a need to rapidly shift to clean energy, thus reducing greenhouse gases.

Another thing that comes to mind when you think about nuclear chemistry is weapons, for example, the atomic or hydrogen bomb. Using both nuclear fission and fusion, these bombs create a powerful blast which can demolish large areas in seconds. The explosion also creates toxic levels of radiation for those who survive the initial explosion. The magnitude of the devastation that these weapons can create in war makes them highly regulated. An international treaty was signed in 2017 by several major nations to prevent nuclear weapons from spreading.

Scientists are only beginning to extensively study the applications of nuclear chemistry in the various areas of our lives. However, the number of students opting to study in nuclear chemistry and related fields has significantly decreased over the past few decades. With many experts in these fields approaching retirement age, action is needed to avoid a workforce gap in these critical areas.