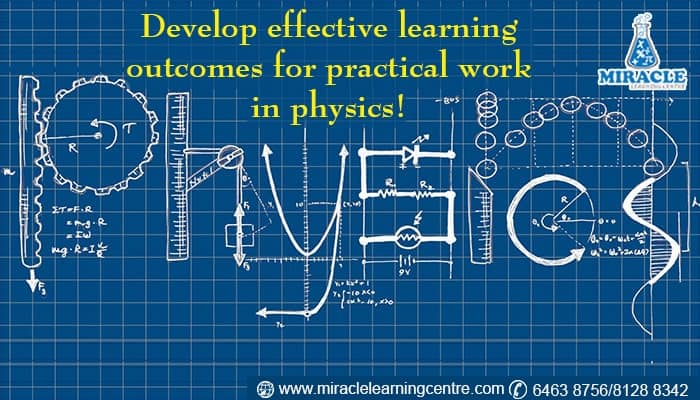 Let’s Talk About Physics in our physics tuition

Physics can be defined as the branch of science that studies the physical world around us and how it works. Physics tuition looks at elements like force and energy and how these elements interact with us in our daily lives on a molecular level. This subject aims to give us a better understanding of the laws of nature. It also aims to make new laws of nature by conducting various tests to prove their validity. These tests or experiments are done several times to prove beyond doubt that a theory is either correct or not. Therefore, physics relies on factual evidence. The basic laws in physics are universal, but physics in our time is such a huge field that many branches are almost viewed as separate sciences.

The subject of physics has evolved with time to incorporate new discoveries, but the basic laws have not changed. The early Greek philosophers came up with the first physical laws, but they did not conduct any experiments to prove their findings. Because of this lack of evidence, physics as a subject remained stagnant for a long time. One of the greatest minds who revived and helped the advancement of physics tuition was Sir Isaac Newton. His laws on motion were the foundation for many scientific breakthroughs, especially during the Industrial Revolution. He pioneered the use of mathematics and experiments in proving his theories. He also formulated the laws of gravity as we know them in the present day.

Physics in the Modern Era

Modern physics has helped us to understand the subject as a whole and physics tuition. Some of the areas under study in modern-day physics include astrophysics and nuclear physics. These have shed more light on how we can use nuclear energy as a sustainable source of power and how black holes work. Because of physics, scientists have made great strides in discovering new lifeforms on other planets. Medicine is also another area which has benefited greatly from modern physics. The treating of cancer through radiotherapy, and diagnosing infections through various types of imaging is all based on physics laws.

The further study of physics will gain momentum as we continue to make more technological discoveries and advancements. Physics tuition will get bigger and more important. Already, we can see the application of physics in areas like artificial intelligence, wireless communication (5G), gadgets (folding televisions and smartphones) and electrical cars. Organisations like SpaceX and NASA have managed to explore new planets and the universe as a whole with the help of physics. The possibilities on how to apply physics in everyday life are endless. When the first flying car will be made, it will be thanks to physics.

For those who enjoy science and how we interact with our world, Physics is the subject to study. The world is a large place and we don’t understand everything happening in it. This is where Physics comes in. It is one of the most significant subjects that play an important role in our society.

For one to study Physics, a good mathematics background is needed since it involves a lot of calculations. Knowledge in other science subjects such as biology and chemistry is also vital since they are all intertwined. Nowadays, physicists are increasingly using advanced computers (quantum computers) and programming languages in the solution of scientific problems, particularly for demonstrating complex processes. If the simulation is not based on accurate physics, then it has no chance of predicting what really happens in nature. As a result, there is little room for error. As such, most degree courses in physics tuition now involve at least some computer programming making it an exciting field to explore!

Contact us to be a part of one of best tuitions of Singapore: miraclelearning@gmail.com