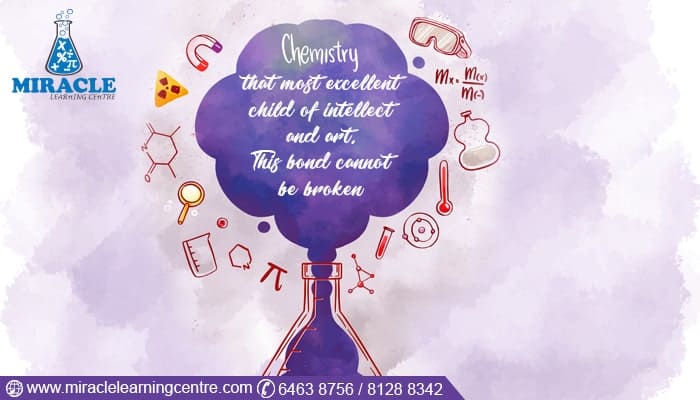 Posted at 04:28h in Chemistry Tuition by admin
0 Likes
Share

Chemistry can sound like a very bland and boring subject with very tough to understand topics and complexities. There can be several instances when you lose interest in the subject. But with a good chemistry tuition center in Singapore, you will be shown the easiest way to understand the toughest topics of the subject and how to score more with less. At Miracle Learning Centre, our classes are different than all others as we provide the most innovative way of learning Chemistry. In our classes, we try our best to motivate our students by giving them real-life references. And today we are here with the story of Isabella L. Karle which will inspire you to learn chemistry with more enthusiasm.

When she was young, Isabella Karle was discouraged from her love of pursuing chemistry. Once a teacher of her told that it was not a subject to learn for a girl. But Karle was inspired by Nobel Prize winner Marie Curie and she ignored the negative advice and moved on further with her studies. In 1941, after completing her studies at the University of Michigan, she received her bachelor’s degree. Just one year after that she achieved her master’s degree and two years later she got her Ph.D.

During her university days, she was alphabetically seated next to her husband as her maiden name was Logoski and he was Karle. Both of them developed a great friendship which later converted to love and eventually into marriage. Jerome Karle was very enthusiastic about his wife’s passion for chemistry. Two years after he began working at the Naval Research Laboratory, she was hired there too. Along with the other brilliant and talented mathematicians and scientists at the NRL, they often worked as a team.

As a part of the Manhattan Project during World War II, Isabelle Karle, find out a new way of extracting plutonium chloride from a mixture including plutonium oxide. Apart from that she also did excellent work on molecular structure, especially with molecules in their vapor state. Along with another scientist, her husband Jerome worked on X-ray scattering techniques which made way for better identification and duplication of crystal structures. By lending her expertise to the project, Isabella helped the team to discover more practical ways of using the new technologies, mainly in the field of fabrication and pharmaceuticals of synthetic materials. In 1985, Jerome Karle jointly with his colleague Herbert A Hauptman received the Noble Prize for this project. After receiving the award Jerome said that the winner’s name should also include Isabella. In his own words – “I can’t think of anyone who is more qualified than my wife.”

Isabella was awarded the Gregori Aminoff Prize in 1988 by the Royal Swedish Academy of Sciences. After that in 1993, she received the Prize for Achievement in Science and Bower Award, a prize worth $250,000. Apart from that, other honors which she received included the prominent Navy Distinguished Civilian Service Award and National Medal of Science.

Charles had three daughters and all of them are successful scientists. Isabella and Jerome retired in 2009, after a distinguished and long career. Jerome passed away in 2013, but Isabella lived until October 3, 2017, and left us at the age of 95. They were married for 71 years!

Chemistry is such a subject that has a lot of complexities and tough areas that require special attention and learning methods. You may feel discouraged from time to time as you are introduced to them. At Miracle Learning Centre, we address this issue and tweak our teaching methods. We try to infuse real life examples and success stories to make our students feel excited to learn more. And because of this, we are sighted as the best Chemistry Tuition in Singapore.

Contact us to join and enhance your knowledge in chemistry: miraclelearning@gmail.com