The facts about air and its role in global warming 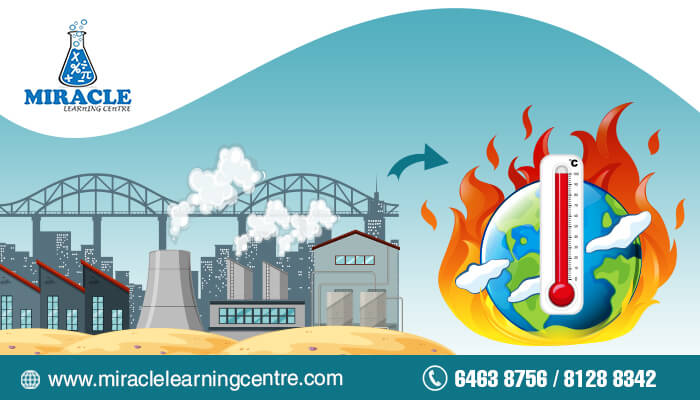 Posted at 13:17h in Science Tuition by admin
0 Likes
Share

Air is a mixture of gases. The composition of gases in the air makes up of 4 different types of gases, Nitrogen, Oxygen, Carbon Dioxide and others. Nitrogen made up of 78% of gas in the atmosphere, followed by 21% of oxygen, 0.04% of carbon dioxide and 0.96% other

Air may be naked to our human eyes but there are actually many important uses that help to sustain all living organism. Air is crucial as it helps to recycle the carbon that comes into the biosphere from fossil fuel combustion, the decay of dead animals and eruption of volcanoes. Therefore, plants would be able to make use of the exhaled carbon dioxide for photosynthesis which will then produce oxygen. Air also helps makes the  “greenhouse effect” possible to help keep the earth’s surface warm by absorbing infrared radiation that is released from the earth. The existence of Air also helps to keep us safe from harmful radiation and celestial particles like X-rays, cosmic rays, meteors, asteroids which can be incredibly toxic to our body.

We might not have notice but air actually needed and use in many of our daily life routine. For example, the air-filled tires that help reduce friction between tires and the solid surface that makes land transportation possible and transport people and goods from one place to another. It also makes plane transportable possible as it helps to facilitate the smooth movement of airplanes.

However, due to all these mode of transportation and factories, it has also slowly created a detrimental effect on the earth. Things like Vehicle exhaust fumes, industrial emissions, or natural sources like smoke from wildfires or ash from volcanoes all contributes to air pollution. Air pollution is the release of pollutants in the air which is harmful to the wellbeing of the human. According to World Health organization (WHO), each year air pollution is responsible for nearly seven million deaths around the globe. Especially those in the low-and-middle income countries suffering the most as more than them breathe air that is above the safe level for pollutants.

There are 2 different types of effect that the impurities in these air pollutants can cause to our well-being. First, there would be the short-term effects which are temporary and they may cause slight discomfort like irritation to the eyes, nose, throat or skin. It may also cause nausea, migraines and dizziness. However, when being exposed to polluted environment for a long period of time may lead to long-term serious effects like heart disease, lung cancer and respiratory disease. It may cause damage to the nerves, brain, kidneys, livers and other organs and cause certain birth defects in infants. In the worst case scenario, it may also lead to a person’s death.

Apart from the human well-being, the environment, animals and plants suffers from the consequences of air pollution as well. Since air pollution particles will eventually return back to earth, it would directly contaminate the surface of bodies of water and soil. The sulfur dioxide and nitrogen oxide in air pollutant would create acid rain that would kill crops, reduce their yield and potentially kill young trees and other plants.

In recent years, it has come to our attention that global warming is on the rise. This is all mainly caused by natural and anthropogenic air pollution. It refers to rising air and ocean temperature around the world. This is caused by the increase in the amount of green house gases in the atmosphere. It might not seem like such a big deal but global warming cause’s climate change, which leads to serious threats to all forms of life on earth in the forms of widespread flooding and extreme weather.

Therefore, it is necessary for everybody to step up and help to reduce air pollution. All we have to do is to make small and simple changes in our everyday’s lives. By taking public transport more often or recycling items will help to cut down on the air pollutants created and help to protect and care for our environment.